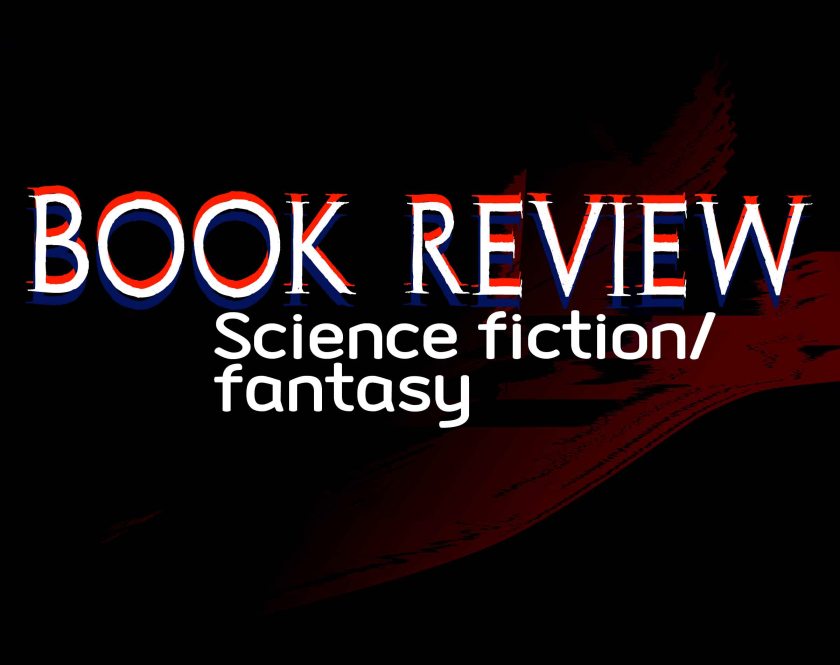 I received a review copy.

S Shane Thomas introduces us to the main themes, technologies and characters of his LARC universe in this action-packed and, at times, too fast-paced story. Distant Origins, the first book of the LARC1 series, begins with a human colony and ends with multi-species co-existing and planning for the future. For the most part, I was once again left in awe at Thomas’ imagination, plot twists and his weaving of ancient history, deities, and historic figures into a whirlwind of action. 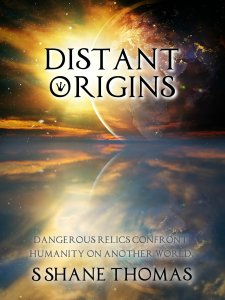 LARC1 is the first human colony to leave Earth in the near future, utilising technology gained from the spaceship Atlantis. Two suitable planets are discovered for colonisation: Haran, home to the Pneuma feudal civilisation, and Nibiru which is apparently free of sentient life. The colony settles on Niburu after an abortive contact attempt with the king of Haran, taking two Pneuma children with them.

On Nibiru, the colonists soon discover remains of advanced technology proving the gifted descendants of Pneuma, and that the Anki had built the Atlantis and influenced human history significantly. As the colony settles in, other species abducted by the Anki are found, and technological breakthroughs advance the colonies resources at an astonishing rate. At the same time, the relics of the Anki’s security system are activated, so threatening the existence of humans in that solar system.

Our heroes and heroines find themselved fighting not just for civilization and higher values, but for their lives and loves too.

What I loved about this story:

I was never bored with this action-packed story. The main characters’ open-mindedness and acceptance of all species and cultures (along with their teamwork) was a mental and emotional balm after going through my social media feeds. The technology (especially the LARC1 colony ship with its design and the way it was adapted to serve the colony even on landfall) really intrigued me.

Having read A Palaeolithic Fable first, it was great to get to know more about Bobby, Nabu and the origins of the shugarra. Having Pringar, a non-human narrator, also worked well for me.

What I thought could be better:

While Distant Origins is a fun read, there was much that I thought could be better. I was disappointed that some plot threads were dealt with so quickly and contained the odd inconsistency. I wanted the story to slow down at times so I could digest all the new developments and characters. I honestly wanted this book to be longer, or a series, so I could enjoy the developing plot points and characters more.

And on a technical note, I’d prefer having Pringar’s POV differentiated from others, at least visually.

So what did I learn from this whole experience?

I learned that I’m seriously into the LARC universe and Thomas’ stories now. I was reminded of some mythology I’d forgotten. And that I might actually enjoy reading epic sci-fi again.